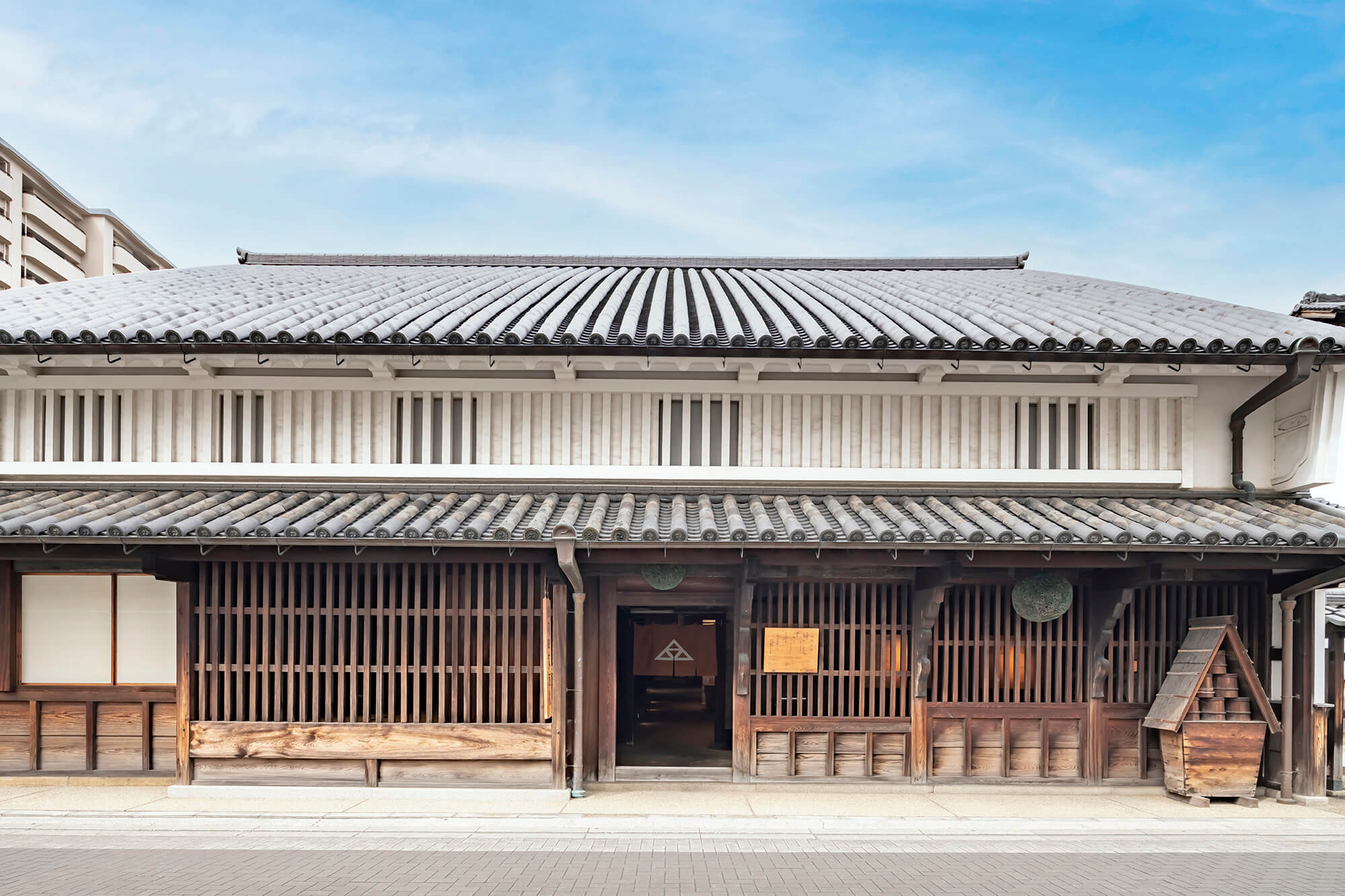 This machiya (traditional townhouse) was built in 1674, and has always been used for sake brewing. The founder was Yohe Matsuya, a sake brewer in Itami. The Okada family acquired the property in 1900. The shop in the front is the oldest existing machiya in Hyogo, and is a rare piece of heritage from the 17th century.
The sake brewery in the back is the oldest existing sake brewery in Japan. It is an important historic site and invaluable source of information about the brewing industry in Itami.
The former Okada Residence became a nationally designated Important Cultural Property in 1992. 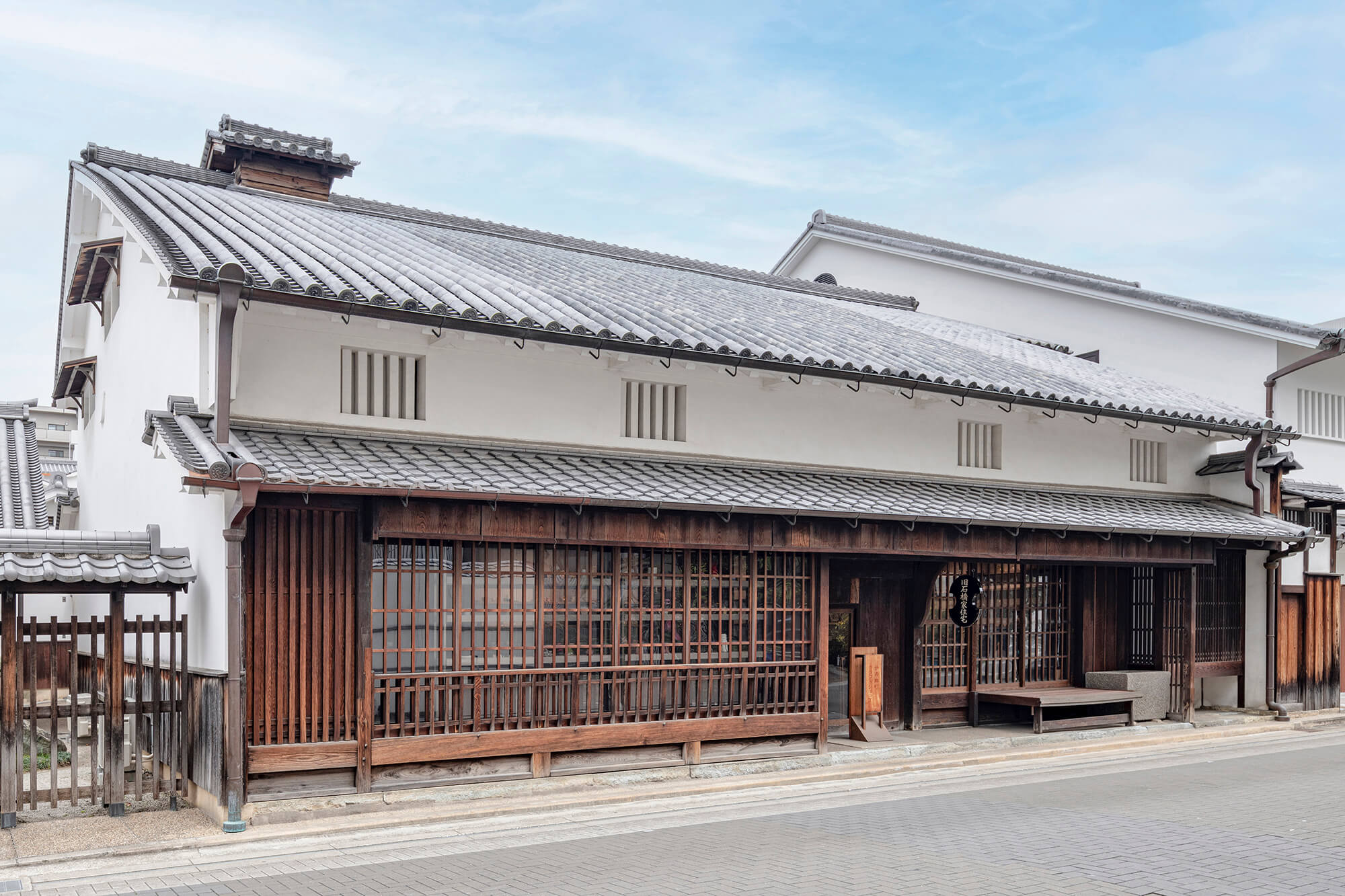 The Former Okada Residence and the Former Ishibashi Residence are also listed as cultural assets of the Japan Heritage of "Itami Morohaku" and "Nada no Ki-ippon" Sake-Itami and Nada Gogo, famous brewery sites for “kudari-sake” which was shipped to and consumed in the Edo (current Tokyo) area.
Itami Morohaku and Nada no Ki-ippon, brewing districts that Kudari-zake , sake going down from Kansai to Edo , made famous.
Click here to learn more about the Japan Heritage program.