About Itami City Museum of Art, History and Culture (I/M) 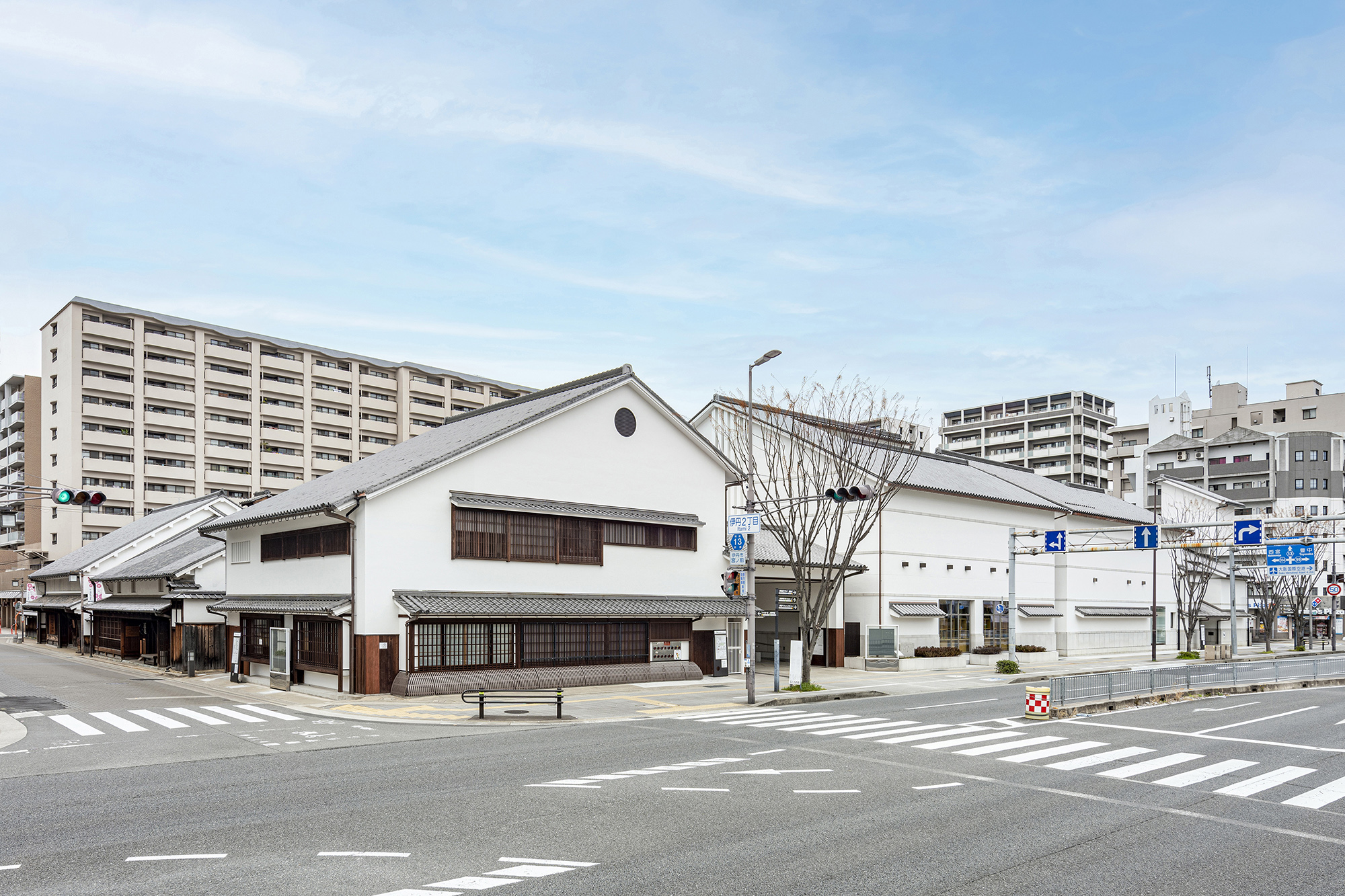 The city of Itami—a bustling town with a prosperous sake-brewing industry during the Edo period (1603–1867), steeped in culture from the comings and goings of writers and artists through the centuries—is located roughly 20 km from Kobe and 10 km from Osaka in southeastern Hyogo Prefecture.
The city’s central Miyanomae district grew into a cultural center over time around four facilities that showcase Itami’s beloved historical architecture and culture. The Kakimori Bunko museum-library opened first in 1984, and subsequent additions to the building became home to the Itami City Museum of Art in 1987 and the Museum of Arts & Crafts Itami in 1989. The Itami City Itami Gochokan—comprising two Edo-period structures, the Former Okada Residence and the Former Ishibashi Residence—was established in 2001 to complete what was known as Miyanomae Bunka no Sato.
In April 2022, these four facilities merged with the Itami City Museum to gather the entire culture zone into a single space. The result—the Itami City Museum of Art, History and Culture—is a comprehensive source of information about the art, history, and culture of Itami.
The new museum spreads the wealth of Itami’s art and culture far and wide through an array of initiatives. Various exhibitions designed to delight people of all ages highlight works of art, crafts, haikai poetry, and historical artifacts from the museum’s collection. The museum hosts learning programs and events for public education and outreach. In addition, the museum works to preserve the Former Okada Residence and Sake Brewery (National designate Important Cultural Property) and the Former Ishibashi Residence (a Tangible Cultural Property designated by Hyogo Prefecture), which are open to the public to pass on the story of sake-brewing in Itami.
We have chosen the nickname I/M (as in “I’m”) for the museum in the hope that it will be a space for anyone and everyone in Itami, building bridges between people and the town through art and culture.